This last week I decided to pick up the second of the books I received for Christmas.  Unlike Illuminae, I had heard nothing about this book before I was given it and still only knew the synopsis by the time I picked this up.  I was hoping for an underrated YA gem that needed to be discovered; this wasn't exactly what I found.  Although i didn't hate this book, unfortunately it was by no means one that I enjoyed hugely or even enjoyed that much at all.

This book centres around the idea of new girl Miranda who seems to slowly become others without them realising.  I actually really liked this original concept, as it felt like it was to be a great thriller that was scary because the setting and characters were relatable.  However, as soon as I got into the book it was clear that this was not the case, as the reasoning behind her changes of identity lead more the supernatural side, something that I was not so much a fan of.  To me, this explanation instantly just made the whole situation less scary

The story mainly follows the character of Olive who watches as Miranda slowly changes into her ex-best friend, Katie.  Initially, I didn't mind these characters or any of the other characters in the book, but as I read more and more I seemed to just be liking them less and less.  All of them just seemed like very generic characters who you'd seen written a hundred times before: Katie was the queen bee with her minions, Lachlan was the new guy crushing on the outcast and Olive was the ex-popular girl. However, having said that, one of the few characters I did like had to Ami.  I loved how she was confident being different and how she was always there 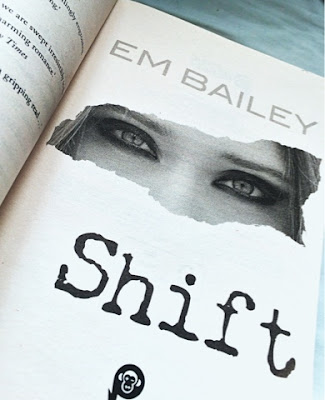 One of the main reason I didn't like Olive was to do with the sudden change that came around half way through.  At this point, so many things seemed to suddenly be forgotten, including characters, storylines and Olives personality.  If it hadn't had such a similar plot to the first half, I would have thought I was reading something else entirely, simply because of the sudden change in Olive.  All of her suspicions and thoughts in the first half seemed to have vanished completely, so much so that even after her brother warned her about what she had told him, she still didn't listen.  This just added to unrealistic this book felt and honestly just made me dislike Olive so much.

Now, I am someone who will always get hooked on a good writing - if the book is well written, no matter the plot, then I will likely read on.  But unfortunately, this one went the opposite way for me; instead of keeping the pages turning, it just made me feel less and less engaged with the story as it went along.  Instead of allowing the reader to figure things out on their own or to deduce even the smallest detail, it gives you absolutely everything on a silver plate.  At first, it made this quite an easy and quick read, but by the end it was as though I was stupid and couldn't figure out a single thing on my own.

Moving back to storylines and plot, the romance in this is something that I had very mixed feelings about.  While I liked the pairs interactions, again particularly towards the start of the book, I did, like with most other aspects of this, slowly grow to find it unrealistic and just very fairly mediocre.  Every time there was some trouble, Lachlan seemed to just show up out of nowhere with some of the worst explanations you could give.  However, I do have to give him credit for (at least at first) not chasing after her once she started pushing him away, and for at least seemingly taking that as a sign to step back, at least got a while, as too often this doesn't happen.

So overall, I was not a fan of this book.  To me it just seemed very stereotypical YA that was trying to be different but ultimately just fell very flat. 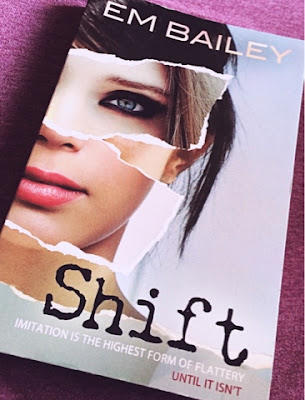 Favourite:
Character: Ami
Scene: Lachlan and Olive on the beach in the waves
Quote: I believe in grey...Some things aren't straightforward. Not everything is true or false, real or imaginary, black or white. It's not that simple.

Relate a:
Song: Sarah Smiles - Panic! at the Disco
Other book: The Originals by Cat Patrick