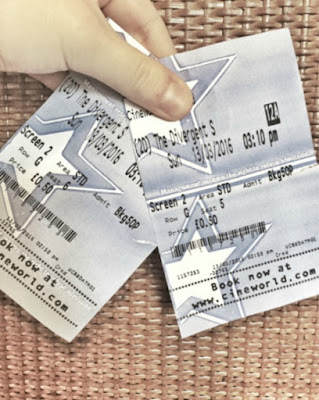 Recently I decided to go and see the latest film in the Divergent series, Allegiant.  After seeing Insurgent last year, and after the trailers for the film, I have to admit I was a little wary.  Not only had they made quite a few changes in Insurgent, but from the looks of things, Allegiant wasn't going to get any better.  Nonetheless, I still made my way to the cinema with the mindset that, hey, it may not be as bad as it seems.  And although it wasn't disatouris, I have to say that I was by no means blown away.

Before watching this latest installment, I knew to expect changes - and bigs one at that.  However, because I knew this pre-watching, I didn't think that I would be as bothered by how much the plot strayed from the book.  But, alas, they still did - and that's something considering I haven't read Allegiant for a few years now.  Not only were the changes quite prominent ones, but they also didn't seem to fit with what plot was left, keeping neither book readers or movie watchers happy.

Now, I'd be okay with these changes if there was enough action and other things going on.  But there wasn't.  Honestly, I'm not too sure what acutally happened in this movie.  To start, everything seemed to be going at nice pace, but then it all seemed to slow down a bit until suddenly there was only a few minutes of the film left and everything needed to happen. 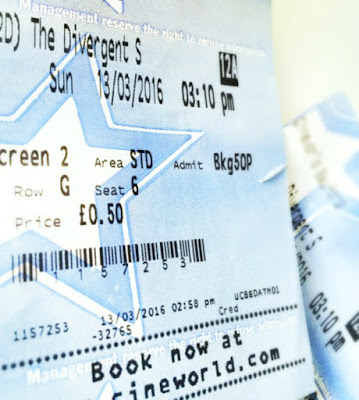 One of my major bugbears (because apparently I haven't ranted enough already) was the interaction between the characters, of more accurately the lack of.  It seemed as though the whole film was just Tris walking around trying to figure out the whole genetic thing with her occasionally bumping into another character.  I'm pretty sure I only saw Christina a handful of times - and almost never with Tris.  Aren't they meant to be friends?

Staying with characters, I have to admit that one of the few I really enjoyed seeing pop up was Peter.  Despite him not being one of my favourites by any means in the books, in the films he outshines all the others for me, his sarcasm providing some much needed lightheartedness to quite a serious film.  However, even his character did annoy me towards the end, as I was waiting the whole film for him to make a certain decision that made me love him even more.  But it never came, and he never got redeemed.

However, despite all these things, I still do have hope for the next film.  From the way Allegiant ended, I think its safe to say that the next one will be completely detached from the books, but this might actually be a good thing after this.  I'm hoping that the conflict between Chicago and the Bureau will finally get the ball rolling and that we get alot more action in the last film.  But, I would still like for the films to end the same way the books do (sorry...) as I honestly think that that was the right way to end the series.
Posted by Alice Simmons