Top ten tuesday is a weekly feature/meme hosted by The Broke and Bookish.  This week, I decided to interpret the topic into ten books I resolve to read this year, as I have very few actual bookish/ blogging resolutions other than to just keep up with both.  And so, here are some of the books I am determined to read in 2016 - enjoy!

1) The Raven Boys by Maggie Stiefvater - I recently picked this one up after hearing about it and being intrigued by it for so long beforehand.  I have just heard so many people raving about this that I really would like to get to it some time this year.
*
2) City of Heavenly Fire by Cassandra Clare - I started this series about two years ago now, and so I am determined to finally finish it this year.
*
3) Throne of Glass by Sarah J. Maas - This another book which I have heard nothing but good things about, and so I would really like to read it for myself, especially as the series is not complete yet.
*
4) Miss Peregrine's Home for Peculiar Children by Ransom Riggs - As the film is coming out later this year, this one is a must read for me as not only am I interested in the plot, but I also like to read books before the movie.
*
5) Crystal Kingdom by Amanda Hocking - Another series I want to finish this year, however with this one I only have the last book in the series left to read, and so I think I can finish this one fairly easily. 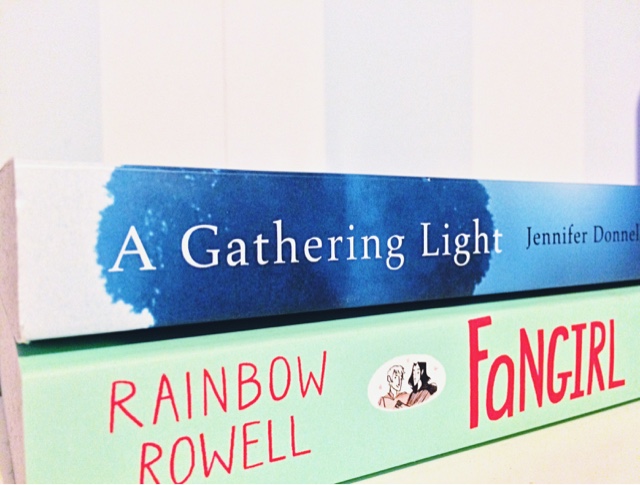 6) Fangirl by Rainbow Rowell - This one has been sitting on my shelf for about a year now, and I really don't want to leave it there, unread, for another.  I know that so many people love this book, and so I really need to get round to it, especially after the release of Carry On.
*
7) A Gathering Darkness by Jennifer Donnelly - I can't even remember how long ago I brought this, but I'm pretty sure it's one of the oldest books on my shelf that I haven't read yet, and so I would really like to change that by the end of the year. 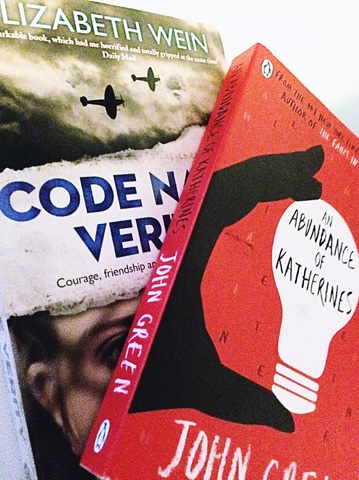 8) Code Name Verity by Elizabeth Wein - I actually tried to read this one some time last year, but only got around 100 pages in before I gave up simply because I wasn't in the mood to read at all.  I would really like to pick this one up again this year as I know it's not a bad book and will probably enjoy it, I just need to give it another go.
*
9) Harry Potter and The Chamber of Secrets by J. K. Rowling - Last year, despite being determined to read most of the Harry Potter series in 2015 alone, I only actually read the first one, and that was all the way back in January.  I really do want to read this series, but I just need to pick up the books and read them as otherwise I will never get round to reading one of the biggest, if not the biggest, series there is.
*
10) An Abundance of Katherines by John Green - Finally, this is another which I have tried to read several times before, but have never got passed halfway.  It is the last John Green book I have to read, and for someone who doesn't like giving up on books anyway, I seriously just need to pick this up again.