Top ten tuesday is a weekly feature/ meme hosted by The Broke and Bookish.  After skipping a few weeks, I decided that this would be the perfect one to jump back into it, as I knew it wouldn't be too hard to list ten of my favourite TV shows.  Its also nice to do a TTT that isn't book related for a change, and I can't wait to hear other people's favourite TV shows as well.  And so, enjoy!

I have been watching this show since the first episode aired on uk TV a few years ago now, and I've been hooked ever since.  It's such a unique futuristic TV show with such amazing storylines, but for me its the characters that I love most, especially now that the show has had three seasons.  You get to see everyone grow and go through so much, with the plot grabbing me every direction it goes in, and I can't wait to see what happens in the next season. 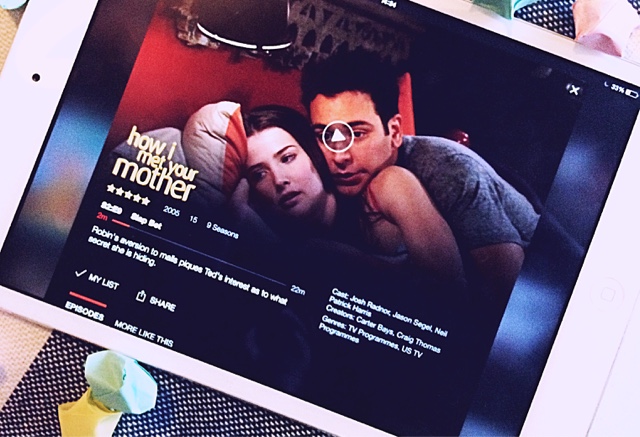 With this one, I'll admit I was a little late the game as I only began this watching this series at the end of last year.  I ended up marathoning the whole five seasons that were out at the time so that come april, I was completely up to date with this fantastic show ready for season 6, which lived up and completely smashed my expectations.  I'm already attached to this show and its characters, which isn't a good thing on Game of Thrones as I have learnt, and never fail to be amazed by some of the twists it takes.

I feel like I'm very late to this one as well, as I only started watching it once it came on Netflix a few months ago.  I am currently up to the beginning of season 8 and so am so scared of reaching the end now it is in sight and having no more episodes of this hilarious show to watch.  It's just such a feel good show that I can always count on to make me smile after a bad day but that can also tug at my heart strings with some of the things that happen, and is also responsible for creating one of the best couples alive - Marshall and Lily. This is one show I never thought I'd list on here, as I am never normally that much of a gory horror fan, and so was pretty apprehensive going into that it just wouldn't be something I could watch.  However, amazingly it turned out to be the perfect show for me as I am now addicted to it and am currently marathoning season 2 because I need to know who this killer is whilst also fearing for all my favourites lives!

5) The Great British Bake Off -

Onto a completely different type of show, I couldn't write a list of my favourite TV shows without listing this, one of my favourite cozy TV shows that is just pure brilliance.  I don't know why, but this show has captured mine and so many other peoples hearts so much so that I am constantly wishing for Wednesday so much sooner just so that I can sit down with a cup of tea and envy these peoples insane baking skills.

If you had to ask me to name my favourite TV show of all time, this one would likely be the answer you'd hear.  By now, I think I may have watched every episode at least five times, and still each and every one never fails to make me laugh.

Another one here I haven't been watching from the offset, but binged watched 5 seasons at the beginning of last year and have been hooked ever since.  I'll admit, the last two seasons haven't been my favourite, but one thing I do know is that the recent season finale was definitely the most dramatic of them all - I am far from over some of the stuff that went down in that! 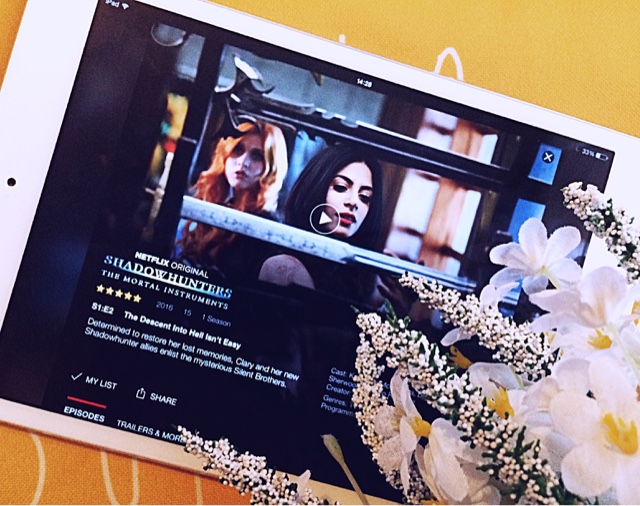 As soon as the news was released that this TV show was happening, I was eagerly anticipating its series premiere.  I was really hoping to enjoy this one, but I didn't expect to love it as much as I now do, with the second season needing to come so much quicker.  I love all of the casting and think they all play the characters so well, and I can't wait to see where they take things next and hopefully see some more of favourite otp as well!

Another one of my very recent discoveries as I only started watching this earlier this month, but already I am addicted.  I've only seen a few out of the many episodes there have now been, but even so I still can't stop watching this hilarious show where each and every character brings their own little bit of humour to the table.

Finally, this is a show I've kind of had an on-off relationship with ever since I started watching it a couple of years ago, as I am only currently on season 2 despite watching it for so long.  However, recently I've been really loving it and I am now desperate to catch up before the last season airs next year.

What are some of your favourite TV shows?  Do you watch any of these - tell me your thoughts on them all!