Top Ten Tuesday is a weekly feature/ meme hosted by The Broke and Bookish.  This weeks topic is one I was always going to be up for as over the last couple of months I have been trying to get into the habit of creating to (and hopefully sticking to) TBR's for the month.  Autumn is also my absolute favourite season, both for reading and just generally, so I couldn't wait to pick out all the books I hope to read over the next few months.  And so, enjoy! 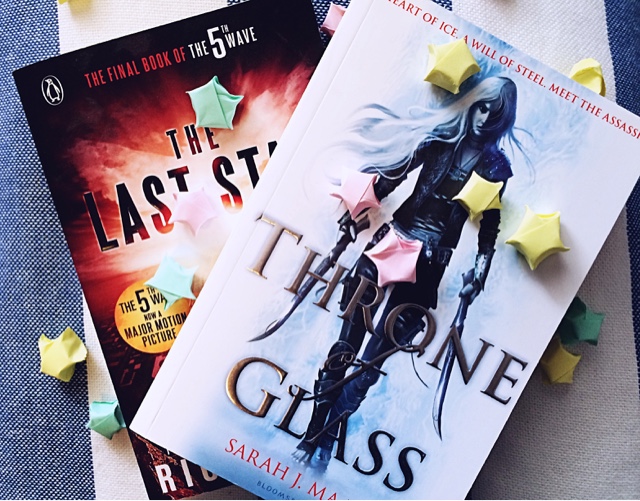 This book has been on so many TBR lists of mine recently, and despite knowing I have said this before and failed, this autumn I am determined to finally read this and finish one of my favourite series.  Not only is it the conclusion to a trilogy I have adored so far, but it also isn't too long at all, so if I only read one book this Autumn, this needs to be it.

Another one here that I really need to get to at last, especially as the fifth book in this series, Empire of Storms has just been released.  Literally everyone raves about this series so much that I'm determined to finally find out what all the hypes about and see what I think for myself. 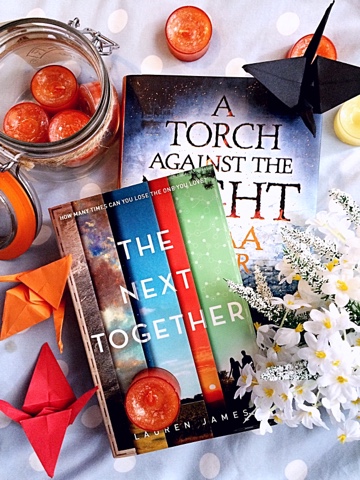 3) The Next Together by Lauren James -

This is one that has been on my shelf for a good while now, and so is in desperate need of finally being read after so long on my TBR.  It is also a historical fiction novel that follows two characters who keep falling in love every time they are reincarnated, and so it seems like the perfect Autumnal romance to read this year.

4) A Torch Against the Night by Sabaa Tahir -

I can't believe that I haven't managed to read this one yet, after how badly I was anticipating it since I read An Ember in the Ashes earlier this year.  Not only am I insanely excited to carry on with the story and see where it goes in this second book, but the cover also just makes me imagine curling up with this on cold nights! 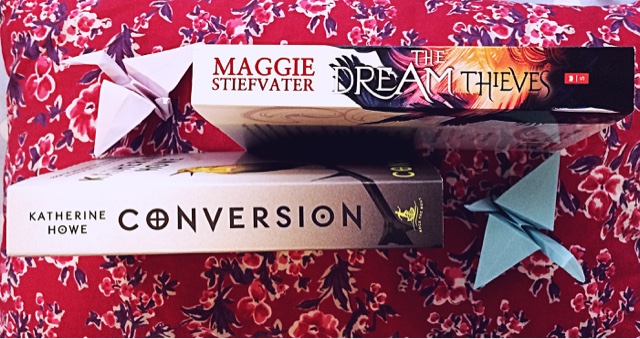 I first picked this one up after the synopsis described it as a repeat of the salem witch trials but in present day, which intrigued me almost instantly.  I adore the concept of this one and can't wait to see what this mysterious book has in store.

6) The Dream Thieves by Maggie Stiefvater -

After reading The Raven Boys early this year, I definitely need to continue on with this series pretty soon.  Not only did I love the first book, but since the release of the last book in the series, I am so scared of spoilers that am determined to read the whole series for myself before anyone else has a chance to ruin it for me! 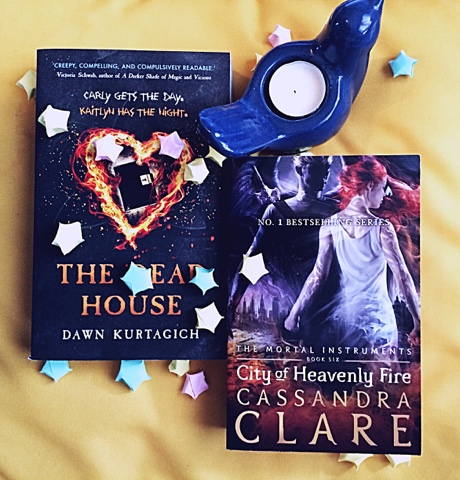 7) The Dead House by Dawn Kurtagich -

In the spirit of halloween, I would love to finally get to this one that tells the story of a fire that took place 25 years after the diary of a girl who disappeared that night's twin is discovered.  It sounds so creepy and twisted that I can't wait to see what this story is like.

Another final book in a series here, although this one is probably the one I am most reluctant to read just because of how much of a journey I feel like I've been on with these characters.  After five books I feel so connected to this world that as always, I'm both scared and excited to finally finish this amazing series, but know that I need to do so soon so that I can finally read the Infernal Devices series afterwards. 9) The Madman's Daughter by Megan Shepherd -

Finally, another one that I hope will get me in the creepy mood, as this one tells the story of Juliet as she finds out her father is still alive and carrying on his mad experiments on a remote island she must travel to.  I can't tell you how long I have been wanting to read this one, and so now seems like the perfect time to finally do so, and hope it lives up to my expectations!

What books do you plan to read in Autumn?  Have you read any of these - what did you think?