After deciding to take a little break from blogging in May and so having a fair bit to catch up on come mid-June, I found myself with quite a few books that I wanted to review, but couldn't really find the time to actually do so because I had so many other posts already lined up.  So, I decided to give an idea that I've been wanted to try for a while a go; to combine my reviews into one post in which I can give you more of my thoughts than in a wrap up, but less than in a full review.  I've seen quite a few people already do so many posts like this, and thing its such a good idea that I knew it was the only way I was going to be able to review more books without having every other post on this blog as a review.  In this one, I will be reviewing three books that I read in June, as I really wanted to talk about each of them, and so thought they would be perfect for this.  I was also toying with the idea of then doing these sort of posts monthly, combining a few of the books I've read in the past month but haven't reviewed, but we'll have to just wait and see if that actually happens.  And so, enjoy! 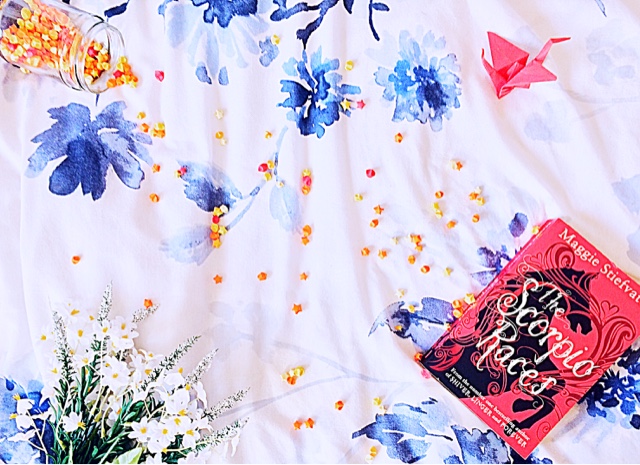 Its A Slow Read!
Whilst I am normally someone who loves a book that I can fly through in almost no time at all, I also have to admit I am a sucker for slower books that draw you in bit by bit until you are so invested into the story that even though its taken you that little bit longer to get through, all that means is that you are so much more attached to it.  Plus, it also meant that we got to see the relationship between Sean and Puck develop so slowly but so perfectly that you couldn't not fall in love with them.

How Gorgeous Was This Setting?!
Every time I talk about this book, I always end up gushing about the beautiful setting of this story.  I loved the island backdrop of this book, as it not only fitted so well with the story, but also gave us just such a beautiful atmosphere and allowed for some amazing side characters that all joined together to create such a great community setting within this book.

I Just Want To Forever Read Maggie Stiefvater's Writing
I don't think I will ever not adore, let alone ever get bored of Maggie Stiefvater's gorgeous way with words.  Somehow in every book she writes she manages to perfectly capture the essence and atmosphere of the story and setting in her beautiful, magical writing.

SO MANY SIDE CHARACTERS!
Need I say more?  Side characters are my one true love and so if there is one short fire way to make me like a book, its to give me amazing side characters and a fair few of them!  This book just contained so many amazing side characters who all helped to add so much depth and complexity to this plot, as well as to create such a rich community atmosphere that really made the setting and story itself so realistic as it immersed in these local characters and their lives as if you were in the story yourself.

All The Tapes Connected Together
As much as I was not a big fan of the whole idea of the tapes once I started reading this one, I did really enjoy seeing how characters who appeared at the very beginning of the book came back again and had some connection to the story later on.  It not only made the story so much more interesting, but also allowed us to see more of the characters and so get to know them alot more than we otherwise would have.

It Was a Quick, Addictive Read
Whatever my problems with this book, one thing I have to say is that I did manage to fly
through this one in just two days, something that does not happen often to me.  I don't know whether it was because I knew I had to get this book read, or because it was just that addictive a read, but either way it was definitely not one that took me long to get through at all.

How It Represented Suicide
I'd heard a couple of people talk about this before I read this book, so I was aware that it might have problems before actually reading it.  However, after reading I now have to say that I join those people who do not like how this book represented suicide and mental illness, as by using the tapes, that each blamed someone else for Hannah's death, it portrayed almost like revenge suicide.

It Was So Repetitive
Whilst I understand completely the concept of this book, and know the book is set up the way it is because of that, and that this book is dealing with suicide and everything, what I don't understand is why this book was so repetitive.  As much as this is meant to be sending a message about suicide and how much peoples actions affect others, it is still a fictional book aimed at young people, and so it needs to be engaging and entertaining in order for you to get that message across.

We Didn't Actually Get to Meet Almost All Of The Characters
Throughout this entire book, the only other voices we ever got to here were Hannah's, Clay's and Tony's - everyone else we only heard through Hannah's stories, and so only ever got to see her view on that person.  We never got to meet these characters for ourselves and hear them speak themselves, and so only ever got a biased view of them, and also never got to see their reactions to Hannah's death in the aftermath. 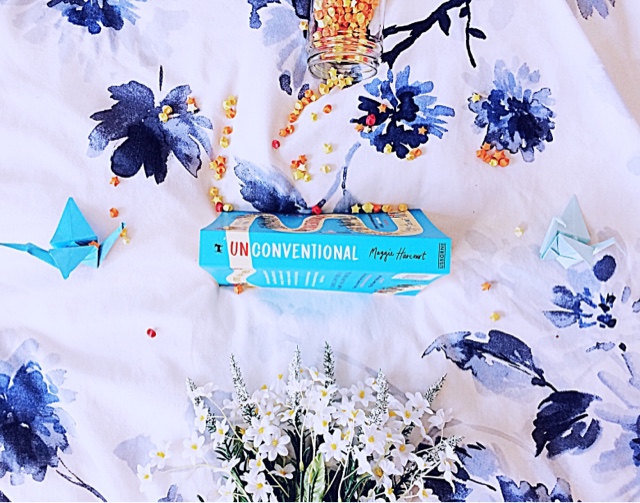 Mixed Format
Whilst pretty much the entirety of the book is written in the normal, standard way, every so often we did get a few pages of text messages or emails that filled my desire for that sort of thing right up.  They were in no way a prominent feature of this book, but still brought something a little different to the story and gave us almost a different perspective or a deeper look into the relationships between the characters.

I'll Admit, The Romance Was Quite Cute
Yes, it was not the most unique or the best written romance I've ever read, and different did follow some cliches and tropes that I have seen a few times before, but that did not meant that I didn't enjoy it.  It was still very cute and I did like reading about Aidan and Lexi's relationship and watching it develop throughout the novel.

This Book Was Pretty Much All Set In A Convention
As most contemporaries are often set against a similar sort of backdrop, it was quite refreshing to read a book where we almost never saw the main character go to school, and where most of the events that happened in this book took place at conventions.  I love how unique a setting choice this was, and was surprised at how much I enjoyed seeing everything unfold against this backdrop, as it gave something different to the story and definitely made this one stand out a little more from the crowd of YA contemporaries.

It Was Still Pretty Similar To Alot of Other YA Contemporaries
So even if the setting was quite a cool one, unfortunately the rest of the book did not follow suit and ended up being alot more generic and similar to other books than I would have liked.  Whilst it was still an enjoyable read and one I wouldn't ever say not to give a go, the plot of this one did seem to be quite predictable at times and followed the same storyline of a lot of other YA contemporary romances.

Quote:
'Funny things, words.  Big words, small words; words that are bigger on the inside and packed tight with feeling.  They can make us fall in love, and they can break our hearts and we're powerless against them.'

Have you read any of these - what did you think?