The Sun Is Also a Star by Nicola Yoon - Review 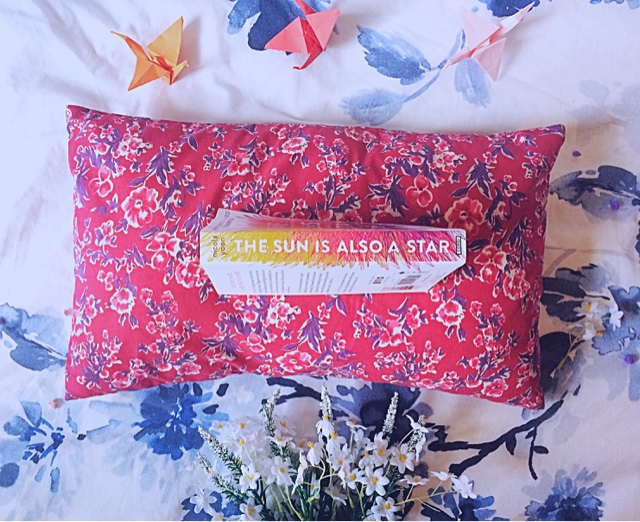 After finally finishing my reread of Noughts and Crosses, as much as I still really enjoyed it, I knew I wanted to get back to contemporary and pick a contemporary up as my next read.  I've heard so many good things about this book both online and from friends, so I knew it was going to be a really good read and one that just sounded really interesting to me.  So, all that together meant this one just seemed like the perfect book for me to pick up and as much as I say it a lot,  I am so insanely glad that I did end up reading this one.  I just adored absolutely everything about this one, from the characters to the plot, and I honestly just couldn't put it down.

This book follows our two main characters of Natasha, who is fighting to stop her family from being deported back to Jamaica, and Daniel, whose Korean parents want him to go to Harvard but whose own passion lies in poetry, not in becoming a doctor.

I knew before even picking this one up that it sounded exactly like my sort of read, as I loved the whole concept of it, and was also really interested to see how it played out.  Firstly, I loved how this book followed this two characters facing their own problems and how their two stories began to intertwine and weave together as the story continued, as well as how pretty much the entirety of the book took place over just one day.  By the end of the book it felt like so had happened and so much time had passed, whilst also feeling like everything had happened so quickly, and I loved how this made the story feel almost more magical and really just made me love this story even more. 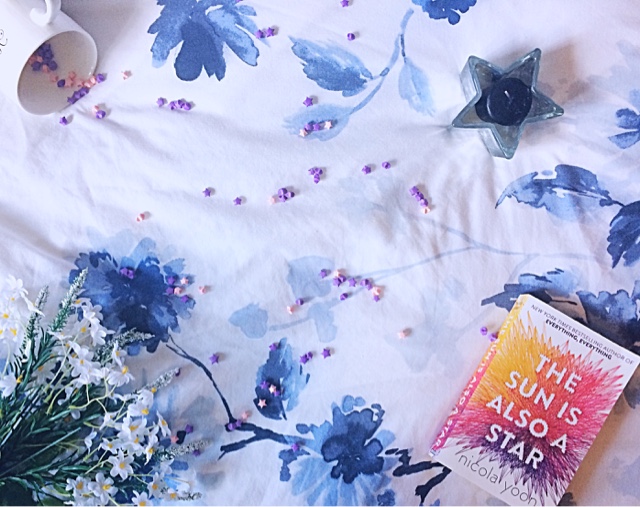 But as much as I loved the concept and the overall feel of this book, what definitely sold it to me was both the characters, as well as the complexity and beauty of the plot and the story itself.  As I've said, I loved how both our characters were dealing with their own separate issues, and how no matter what happened between them, their own problems and their own lives still had a key role in the story.  I really enjoyed watching how the plot progressed both in terms of their story and relationship together, and their own separate stories as well, as well as watching all the twists and turns that this story took that just left me desperate to keep reading to find out what else was in store for Natasha and Daniel.  But overall, I think that my favourite part of this book must have been the ending, which was so heart-warming and beautiful and was the perfect way to end this novel.

As for the characters, these two are possibly some of my new favourite characters.

I adored how different they both were and how they both evolved and grew so much during the course of just one day.  Daniel was so sweet and I loved his optimism and his positive outlook despite everything both he and Natasha faced, but I have to admit that out of both of them, I absolutely adored Natasha's character.  Not only did I really enjoy the contrast she provided to Daniel with her realistic outlook, but I adored how determined she was to fight for her family to be able to stay in America no matter what, as well as how much of an individual she was and she was never apologetic for being herself.  And on top of all of this, I adored the diversity in this book, not only in terms of the characters, but also in some of the topics and themes that were present in this novel.

One thing that I was pleasantly surprised by was how well the split POV worked in this book, and how easy it was to follow who was speaking at what point in the story.  The majority of the time I am someone who is instantly put off by books told through more than one perspective, and so I was really surprised by both how well it worked and how much I enjoyed the story being told in that way, and I honestly believe that it was both the best and in some ways the only way to tell this story in the beautiful way that it is. 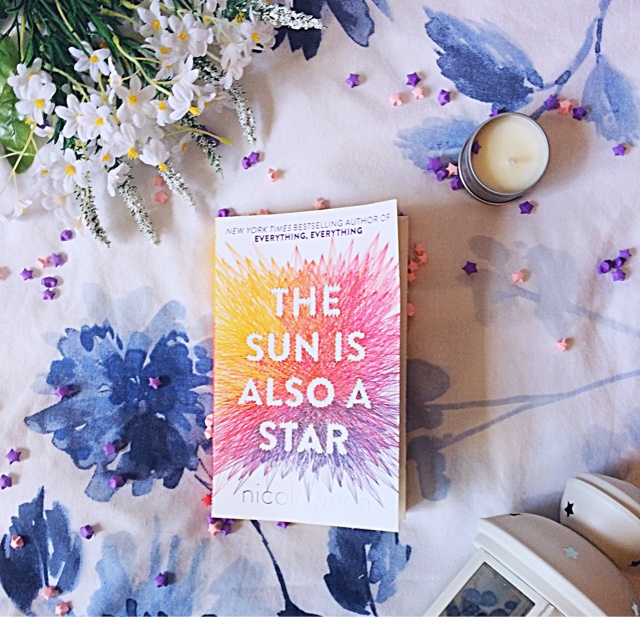 But as much as the majority of this book is told in a split POV between Daniel and Natasha, another key aspect of this story is the little inserts and other points of views from other minor characters that we get throughout this.  I absolutely loved how these sections were integrated into the story and how they allowed us to either see into the lives of other characters who otherwise would have only played a very small role into the story, or acted as almost a little insight or lesson into the history between certain things or aspects of the story.  Not only did they make this book so unique, but they also told some beautiful stories that gave this book so much more depth that added to both the main characters stories and stood as their own small tales as well.

Finally, I couldn't write a review without mentioning the gorgeous and addictive writing style that just made this story flow so perfectly.  I really loved how easy I found it to get into and how it kept me reading and kept me wanting to read on.  It was just so enticing and drew me in so much that I just couldn't put this book down I was so addicted to the story and how it was being told.

So overall, I can't say how much I absolutely adored this book with all my heart.

I loved everything about it, from the characters, to the story itself and all the other beautiful aspects that make up this amazing book.  It was heart-warming and addictive and is definitely already one of my favourite books I've read this year, and I can't wait to see what Nicola Yoon writes next! 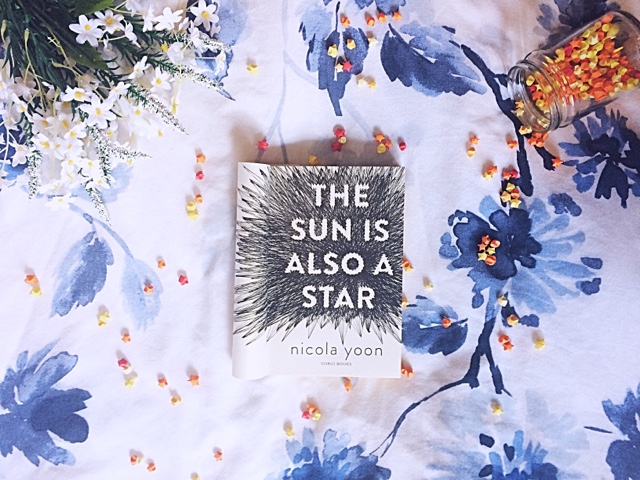 'We have big, beautiful brains.  We invent things that fly.  Fly.  We write poetry... We are capable of big lives.  A big history.  Why settle?  Why choose the practical thing, the mundane thing?  We are born to dream and to make the things we dream about.'

Other book
Thanks for the Trouble by Tommy Wallach

Have you read this one - what did you think?  Tell me in the comments below!