Why We Broke Up Review 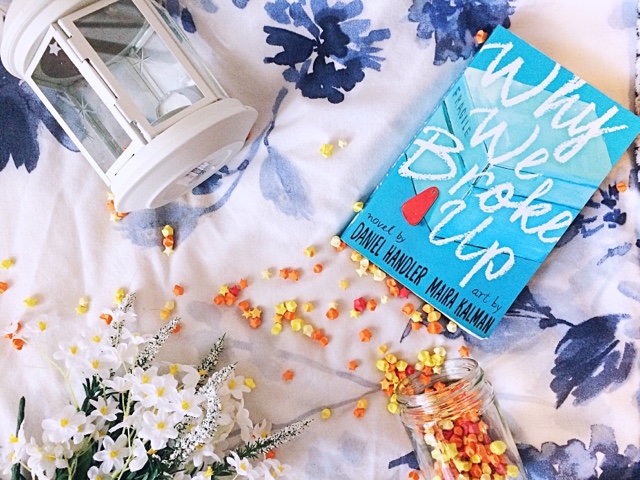 After months and months of reading fantasy, historical fiction and sci-fi, I finally felt the absolute need to dive back into a genre that will always be one of my favourites: Contemporary.  Whilst I have adored reading so many books outside of what the majority of my reading used to consist of, I had finally had enough of reading about different worlds and magical powers, and just needed a good old contemporary this month, and so this just seemed like the perfect candidate.  Not only have I been meaning to read it for a good while now, but I also knew that it would give me the romance that I was dying for.

This book follows our main character of Min as she recites the course of her and Ed's relationship through a box full of items all relating to their time together and all with a story attached to them.  One of things that first drew me into this book was this concept of the whole book being written almost in fragments and made up of smaller stories instead of simply as one whole one, as it just sounded like such an interesting and unique way to write a book.  So, unsurprising this soon not only became one of the things I was most looking forward, but also one of the things I enjoyed the most as well.  I adored how we didn't just get a running order of everything that happened but how each item held its own story and contributed to the story individually without making it feel too jumpy or too disjointed.

Along with this concept came the added bonus of the pictures that allowed the items to be visually seen before the story about it was told, which were equally as beautiful as the story that follows.  I loved just being able to see the images and illustrations of the object and to not just have to imagine them, which made it all seem that much more realistic.

As anyone can tell from the synopsis, the main plot follows the relationship of Min and Ed and so quite obviously focuses hugely on this throughout the novel.  Now whilst I do love romance in books, I was a little worried that because the focus seemed to be solely on their relationship that the story would get a little boring and repetitive, when actually this was not the case at all.  Instead, by giving the whole book to talk about their relationship and to do so in such an intimate fashion, it gave a realistic approach to it and allowed the reader to become so involved and invested in their relationship.  It made the story feel so personal and raw as it dove so deeply not into their relationship itself but also the effect it had on the other characters and how this affected everything.  My one bugbear, however, did come from how certain moments just seemed a little too predictable, even if they did help the story, and so they didn't have as shocking an impact as they otherwise would have.

But for me the relationship and the story wouldn't have felt as realistic if the characters themselves hadn't been believable.  Despite it taking a while for me to warm to her, I did really enjoy Min as both a narrator and as a character and by the end had fallen in love with her voice and her description of the events.  I loved how relatable she was as she seemed just like a normal girl who got swept up into this relationship so quickly without thinking, and how she didn't always say or do the right thing.  Above everything, both she and Ed were flawed people who made mistakes and sometimes didn't see that they had straight away either. 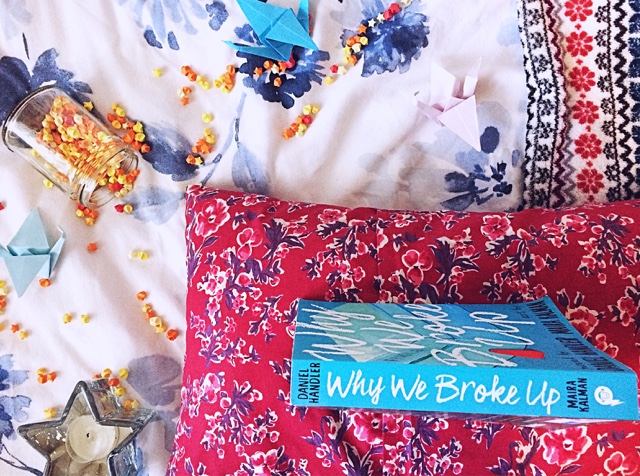 Despite everything I ever say about side characters, in this one exception I actually really enjoyed not the lack of side characters but really the lack of them having any huge impact on the story.  Whilst both Min and Ed had friends and people around them, they never seemed to have that large an impact on their relationship, despite being affected by it themselves.  However, I did still enjoy seeing these characters, particularly Al and Joan, as I think it truly showed how it wasn't just Ed and Min wrapped up in this story, but everyone else as well.  I also just adored Al as a character in himself and loved how supportive a friend he was even when he wasn't the biggest fan of Min or Ed and didn't agree with what she was doing.

But one aspect that adored more than all the rest was the writing style and Min's own narration and recounts of her relationship.  Not only did it allow it to feel so personal, but it also allowed her emotion to run through as she describes the rush of young love, with the informality of the writing making it seem that much more realistic.  The fact that the entire book and so their entire relationship only takes place over a fairly short space of time also helps this, and makes this book so much more addictive as everything seems to be happening so fast. 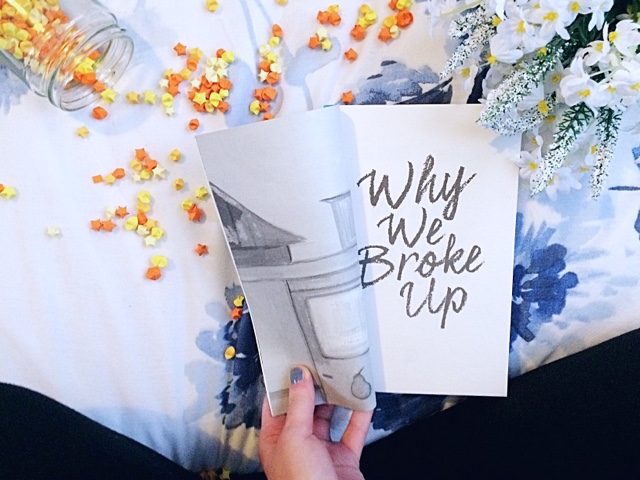 Overall, I really did end up loving this book alot more than I was expecting to.  It just drew me in from the offset and dragged me straight into the story without a moment's thought.  I adored the characters and the writing and just almost everything about this very unique book.

Favourite:
Character: Min
Quote: 'The thing with your heart's desire is that your heart doesn't even know what it desires until it turns up.'

Relate a:
Song: Like a River Runs - Bleachers
Forever Halloween - The Maine
Everybody Talks - Neon Trees
Other Book: Nick and Norah's Infinite Playlist by David Levithan

Have you read this one - what did you think?