Everything, Everything by Nicola Yoon Review

After reading Why We Broke Up, I was entirely certain that I was in the mood for one genre and one genre only - YA contemporary.  However, if it wasn't for my sister telling me about this one and recommending that I should give it a go then this would certainly never have been the one I picked up, as it just didn't sound like the type of thing I was usually a fan of.  I also knew that the film for this book was set to be released later this year, and so knew that by reading the book now I wouldn't have to rush to read it before the film or even go and watch the film feeling guilty knowing that I hadn't even given the book a go before watching it.  And so, in the end I thought there was no reason not to at least pick it up and give it a go, and so that is exactly what I did. 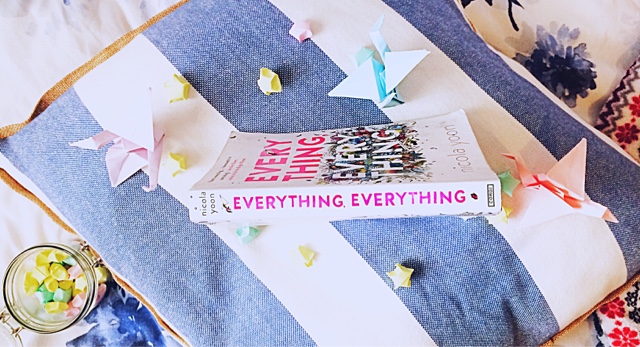 This book follows our main character of Madeline who has SCID and for 18 years has never even left her house.  Before going into this, the concept and idea of this was one of the main things that drew me in as it seemed like such a unique story that would have a very unique perspective on things.  And whilst I didn't think it was the most individual story, I did really enjoy seeing what Maddy's life was like and how she felt about everything throughout the story.  I also really liked the general plot of this book and how both the romance and Maddy developed and grew as the story went on, as well as how the story incorporated romance and later other storylines into one.

But one thing I can't talk about this book without mentioning is the amazing plot twist I was not expecting to get at all in this story.  It took me completely by surprise and was so unpredictable that it threw me so off guard that I had to rethink what I had just read.  I just really enjoyed how shocking it was as well as how it added something else to a story that otherwise would have been primarily romance. 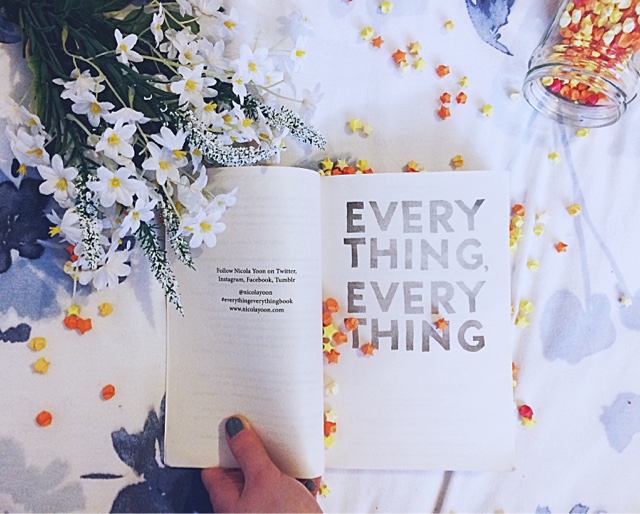 Moving on from the plot, I did enjoy the characters in this novel for the most part, although they were definitely not my favourite characters or some of the best characters I've ever read about.  Whilst I really getting to know them all and watching the relationships between them all develop, I just don't feel like we got to see a great deal of depth to any of the characters at all or at least not as much as I would have liked to have seen.  Saying that, I did really enjoy Olly as a character who provided some humour into the novel as well as how strong he was considering his family situation and how he tried to stand up for what he thought was right.

One of the key aspects of this novel is the romance between Maddy and Olly, and I do have to admit that I really enjoyed this throughout most of the book.  I loved how Olly was the boy next door character and how they slowly began to bond over text messages and emails before they even meet properly in person.  I also adored how swept up in it all they both became and how they were stuck in this whirlwind romance that seemed to capture them both within it. 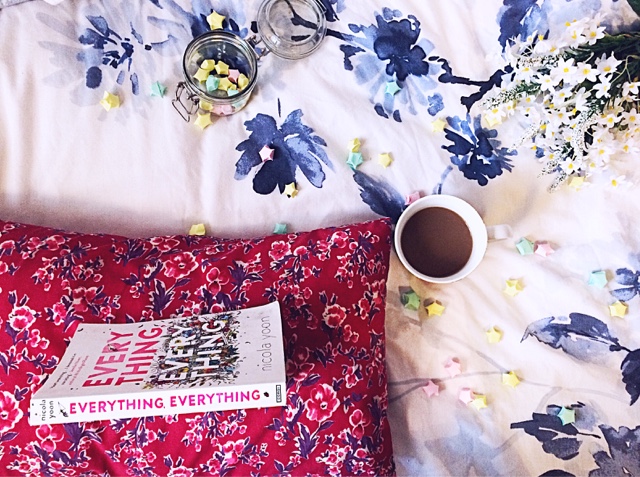 However, as much as I enjoyed there romance, I did have a few problems with it.  Whilst most of the time I loved how the relationship between these two, there was a fair bit of instalove in there as well, with Olly and Maddy only meeting a few times before they seemed to be in love or at least past the point of just starting to develop feelings for one another.  I also just had the slightest problem with some of Olly's actions when he was with Maddy, especially how easy-going and risky he seemed to be with her at times, a girl who is described to be pretty much allergic to everything.  For me this just made it seem a little less realistic as he didn't seem to be as conscious of her well-being or and of her illness as he maybe should have been for someone who really cared about her.

But for me, one of my favourite things about this book was just how addictive it was.  I loved how quickly I was able to fly through this simply because I never wanted to put it down and was drawn in from the start.  The writing style made this book so engrossing that before I knew it I was 100 pages from where I'd started and still nowhere near wanting to put it down.  I also adored how short the sections and chapters in this book were, as well as the messages and emails that were dotted along the way, which gave this book another feature whilst not focusing on it too much, allowing it to just add to the story and not overwhelm it. 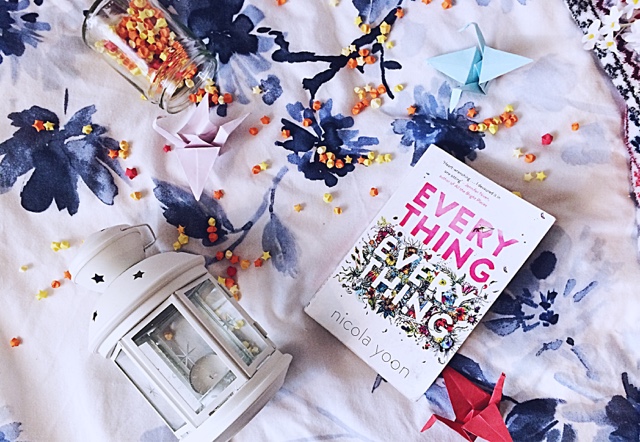 Overall, I did on the whole enjoy this novel despite having a few issues with it as well.  I enjoyed the characters, plot and most of all adored the plot twist and writing that improved this book so much for me.  I think this is a great one if you are looking for a fast-paced, addictive contemporary with a romance that you will in love with.