I recently picked this one up to try and get me in the mood for Halloween without reading a fully-blown horror story, as it sounded creepy and intrigued me from the offset.  I found it to be more mysterious than scary, but with it still fitting the October mood which I wanted. And overall - I enjoyed it, but didn't love it.

The book tells the story of a family who, every October, become extremely accident prone and face many tragedies.  Simply the concept of this drew me in, with the reasons behind their misfortunate hidden deep within the story.  I loved how mysterious it all was, especially as things slowly began to unfold as the book went on.  I really liked how so many different plots seemed to come together so effortlessly easy.  I also enjoyed watching as all the characters secrets, and hidden aspects of their lives unfolded, with nothing really being what it seemed.

But, one thing that did annoy me slightly towards the end of the book was the confusion around some of the actual answers, with a few being given in a brief or mysterious way.  I also wasn't too keen on the flashbacks that were in between the chapters as I just didn't find much need for them, and honestly they just gave away too many clues to some of the mysteries we had to uncover. 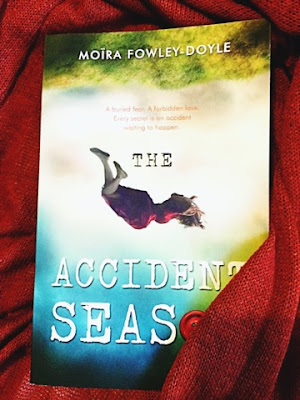 Many of the main characters in this book are from the family it centres around, with the story being told from the point of view of Cara.  I found that, despite not liking some of the characters from the offset, by the end I was definitely a fan of almost all of them.  Pretty much every character grew at least slightly through the course of the book, with some of them having changed an awful lot by the time the last page came around.  I particularly loved the characters of Alice and Sam, these two being the ones who I felt became such amazing characters by the ending; if I thought I liked them at the beginning, I loved them at the end.

Another thing that I liked was the fast paced writing style, this making the book very easy to get through and harder to put down.  However, I did sometimes find that it meant that some scenes were brushed over very quickly, with some parts progressing extremely quickly.  But, nonetheless, I did enjoy the writing style, even if I did sometimes want things to slow down just slightly.

Many of the sub-plots in this book were quite dark and most were quite deep and sometimes controversial topics.  I personally really liked how this added to the story, as it made the story seem so much more real as it gave a sense of reality to a book which otherwise was based around a mysterious and supernatural storyline.  It gave the characters more individuality as they had all had their own problem to overcome through the book. 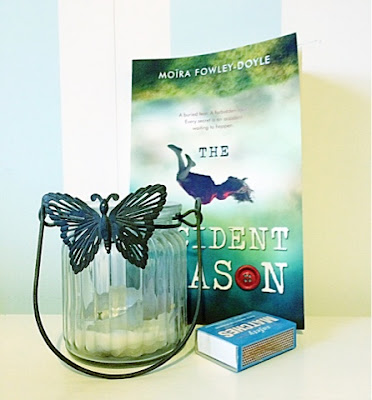 Finally, I really liked the horror and supernatural-esque aspect in this book.  I loved the constant visions and dreams that kept cropping up and really enjoyed having to decipher what was real and what was simply in her head.  The book was also alot scarier in parts than I was expecting, with some scenes terrifying me more than some of those that I have read in horror books.

So, overall, I did really enjoy this book, even if I didn't love it.  It was mysterious, creepy and was the perfect book to read just before Halloween.  I would definitely recommend people to at least give it a go, particularly if you are looking for a dark, mystical read.

Relate:
Song(s): Daniel in the Den - Bastille
Other Book(s): We Were Liars by E. Lockhart 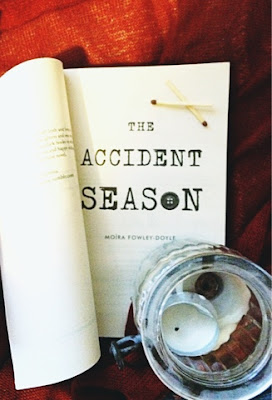