Its finally August (very nearly)!  At last summer has come and with it here is my August TBR, which for once, I'm actually pretty sure I will stick to and complete!  Summer is always the time I read more anyway, so I'm really looking forward to spending a good amount of time in the next month getting back into reading, as well as hopefully making sure my blog posts are more regular than they have been recently and just generally getting back into the book blogging community as I think I haven't been as active recently.  So anyway, here are some of the books I hope to read this month, and surprisingly for me at this time of year they aren't all contemporaries, which is what usually happens to my reading habits about now.  And so, enjoy! 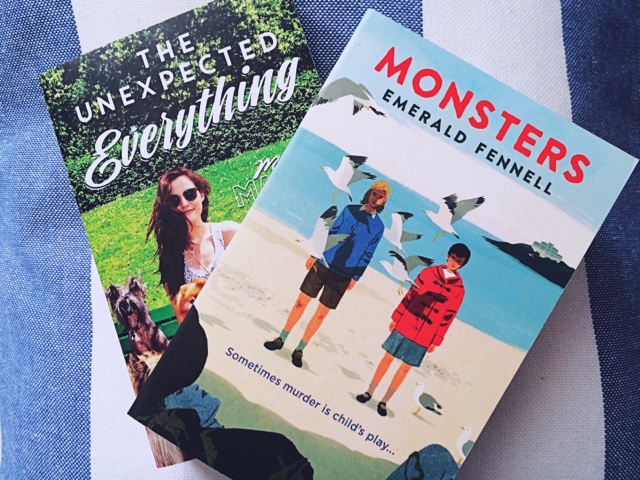 1) The Unexpected Everything by Morgan Matson -

Ever since this was first released back in May, I have been holding off reading it, waiting for summer to finally come so that I could read this because for me this is the perfect time to read it.  Both of Morgan Matson's other books I've read I've loved and have been perfect holiday reads for me, so hopefully this one will be the same.  The synopsis also makes this one sound like another really cute little summery read and I have heard so many good reviews for this one that I can't wait to dive into another Morgan Matson book!

I can't remember how I first heard of this one or when I first picked it up, all I know is that as soon as I read the synopsis I wanted to read it straight away.  It instantly drew me in with the idea of these two kids solving murders together sounding so eerie and creepy and the amazing cover making this all the more apparent.  Although I don't read a ton of them, I always love creepy horrors or thrillers and so I hoping that this one will be the same, particularly as it sounds a little different to the average one. 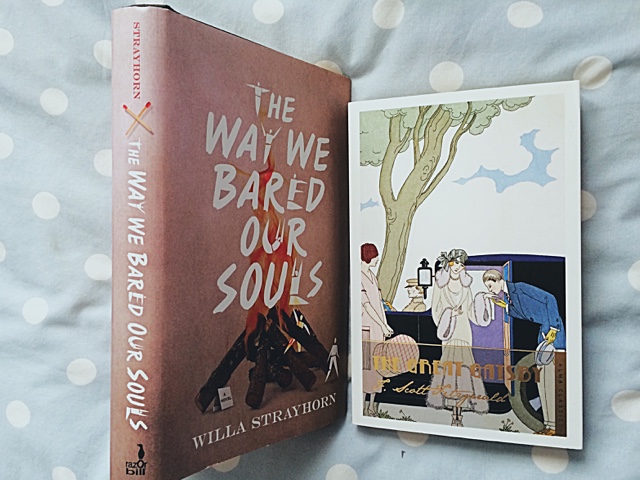 3) The Way We Bared Our Souls by Willa Strayhorn -

I actually first got this one last year and planned to read it last summer after the synopsis sounded like the perfect book for then, but for some reason I never actually got round to reading it.  It follows five characters, each with their own burdens, who after a ritual meant to signify swapping them, they each end up the next day with someone else's on their shoulders.  Just the concept of this was enough to make me pick this up, with the beautiful cover also helping, and the whole idea of a simple act having huge consequences.  I also feel as though this one will hopefully will include some darker topics and maybe a larger variety of topics than I have read before.  Overall I hope this one is just as good as I hope it will be.

This is the one classic that has been at the top of TBR for so long, and seeing as one of my goals for this year was to read more classics, I really should have already read this one by now.  Fortunately, as I am planning to take English Literature next year, I actually need to read this one over the summer before I go back to school, and so thankfully I can't for whatever reason put this one off any longer.  Honestly though it sounds like such an interesting story, its set in the 1920's, one of my favourite eras in history, and I know a lot of people love this book so I can't wait to finally give it a go for myself. 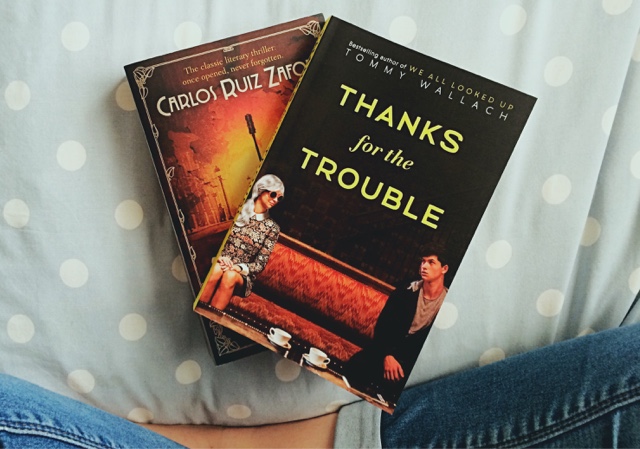 5) Thanks for The Trouble by Tommy Wallach -

I feel as though everyone heard me raving about We All Looked Up after I read it pretty much exactly a year ago now, as it ended up rightly being one of my favourite books of the year.  So, when Tommy Wallach released his second book earlier this year, I picked it up immediately and unlike some of the other new releases on this list, I actually was planning on reading this one as soon as possible. But somehow I just kept putting off from fear of knowing I would have to wait till at least next year for another book by him and just out of pure anticipation of whether this one would live up to his last one for me, and so now so many months later it is still sitting unread on my shelf.

6) The Shadow of the Wind by Carlos Ruiz Zafon -

So far I have read, and loved, two of Zafon's other books, and for some reason I have read both of them whilst away in the summer.  And so, seeing as doing so has almost become what feels to me as a sort of tradition, I have decided to pick up another of his books this summer, this time it being The Shadow of the Wind.  This one follows our main character as he discovers someone is destroying all copies of the books by an authors whose work he finds solace in.  Not only does the story sound really intriguing, but I know I can count on the writing to be beautiful and gripping and I'm really excited to give this one a go.

What books are you planning to read in August?  Have you read any of these - what did you think?