The Geography of You and Me by Jennifer E. Smith

As was the case with many of my summer reads this year, The Geography of You and Me was one that I brought after reading The Statistical Probability of Love at First Sight last year.  And so, seeing as that was read in the summer time last year, I couldn’t not keep the tradition running and read this one under the sun as well.  Add to that the fact that this is a contemporary romance novel, and you get almost the perfect criteria for a summer read (in my eyes anyway).

Firstly, I loved how quick this book was to get into the plot.  It dived straight into the blackout, not wasting any time with introductions but instead letting the characters do that themselves.  I also liked how we were instantly introduced to both main characters, Lucy and Owen, this further moving the story along and giving the book a fast yet steady pace.
Sticking with characters, I found that I liked many of the characters in this book, despite the lack of long running side characters.  I liked both Owen and Lucy as characters, especially how they seemed to act like actually people rather than loved-up characters in a novel.  I liked how they fought and how they both moved on when they were separated, something which I felt made the whole thing more lifelike than if they would have waited for each other.  It was weirdly satisfying to see them move on and be happy without the other, even if they secretly longed for them. 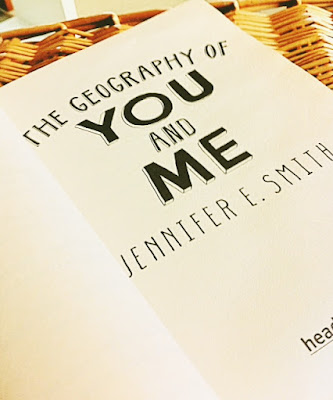 However, as much as loved Lucy and Owen, I would have liked to have seen some longer running side characters, as these were few and far between.  The story focused so strongly on them that I just wanted to scream at the book to give me someone else to read about, or at least someone else who would stick around for longer than a section.  It could just be me and my love for side characters and long-running friendships in books, but I couldn’t help but get slowly and slowly more irritated by the lack of them, with the only ones coming to mind being both their parents.

One aspect which I absolutely adored was the communication between the pair, this mostly done through postcards.  I personally love old ways of staying in contact, so reading about the several pieces of card which were flown across the globe really enticed me as I waited for the next one to be popped in the post.  The jokes they shared through them were just an added bonus.

Finally I couldn’t end without talking about how much I loved the conclusion of the book, this only second to the start.  I am a sucker for books containing travel and amazing destinations, so I loved reading about the various places these two visited (no matter how exciting or dull they were), but I have to admit that my favourite place was were it all started, in New York.  I liked how as they got on with their lives they still came back to the rooftop and to this city where it all started; it was the perfect ending to a great book. 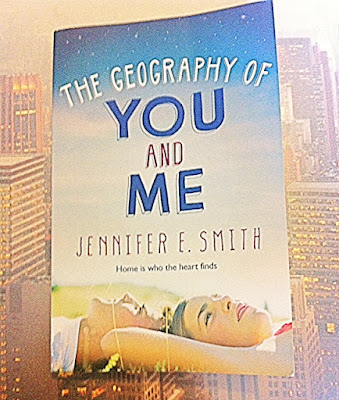 Character(s): Lucy
Scene(s): Atop the rooftop in the blackout
Quote(s): ‘Just because you painted a house didn’t mean the furniture inside was any different.”