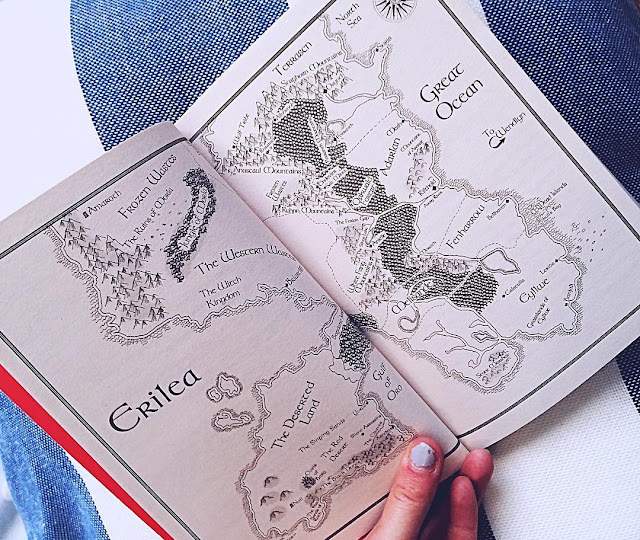 After hearing so many good things about this series, and putting it on my TBR for months on end, I finally decided to pick it up and see what I thought about this book for myself.  It's safe to say that because of all the hype this series receives, and both had pretty high expectations and so was a tad nervous going into it as well.  But, despite taking me a good while to finish, now that I have, I can easily say that I am absolutely in love with this novel, and can finally appreciate why I hear so much about it.

Even before going into this, I was already drawn in by the whole concept of it.  I loved the idea of the tournament that was brought in right from the start, and really enjoyed seeing how this played out and later led into other storylines throughout the book.  It also seemed to give everything almost a sense of purpose from the word go, as it was always clear where things were eventually leading, and so always gave the characters something to aim for as well.

As well as the main plot, I was also a huge fan of many of the subplots that were also present throughout the story.  I really enjoyed the added mystery that some of them brought, as well as the alternate view on the situation and the actions of the other characters that we got to see because of them.  I also really think that for me they helped to give an idea of where the story may go in the next few books, as well foreshadowing how some things may develop as the story continues.

If I could only recommend this book based on one thing, it would almost certainly be its amazing characters, including our main character, Celaena Sardothien.  I honestly believe that this book wouldn't have been half as good, if that, had Celaena not been such an awesome and complex character.  She was such a badass whilst still showing her softer side at time, and was never afraid to hide who she was, whether that be an assassin, a reader or just a teenage girl. 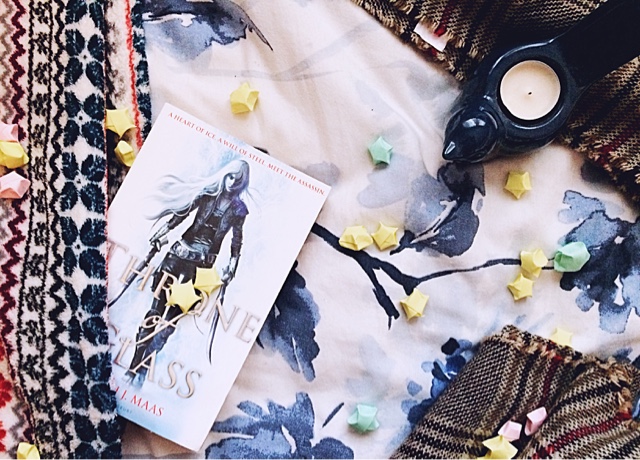 However, that said, Celaena would have been nowhere near as good a main character had she not been surrounded by some of my favourite ever side characters.  Not only did we get such an insane variety of personalities, with each of them an individual and different to each other, but we also got to see how they would influence the plot and possibly even Celaena.  I love how the characters ranged from other champions in the competition to other members of the court and even the royal family.  I also have to admit that I absolutely loved both Dorian and Chaol, and their involvement in the story, as well Nehemia, particularly as the relationship between her and Celaena began to grow.

As if the characters in this didn't make me adore this one enough, the writing style then came along and made me fall in love with this book all over again.  Whilst it did take me a while to get into, I can't tell you how much it was worth it when I did, with every sentence being so beautifully crafted and detailed.  I also loved how the book was written in 3rd person instead of 1st, as whilst we did still follow Celaena for the majority of the book, it also allowed us to see things from other character's perspectives and to have other subplots incorporated into the story that otherwise wouldn't have been there.

Moving back onto Dorian and Chaol, one of the key things that I think was done perfectly in this book was the romance.  It was so subtle at first that it almost played no role at all until the book began to progress, with the romance building at such a good pace that it never seemed unrealistic in the slightest.  Any sign of it or moment intertwined so neatly into the story that it never seemed forced, but rather almost necessary and a natural evolution of the events.

Finally, one of the aspects that I surprisingly didn't know about going into this one was the magic that cropped up throughout the plot and actually ended up playing a pretty huge role in the story.  Not only did it give something else to the story as a whole, but it also gave a sense of mystery to everything as it slowly began to emerge, and honestly just rounded off this book so well for me. 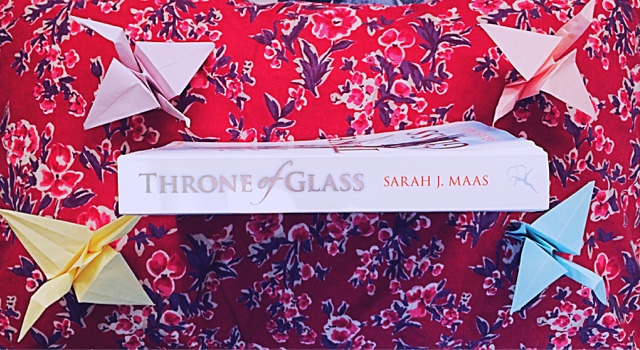 So overall, I absolutely adored this book with all my heart.  It was a perfect fantasy read with every single aspect, subplot and character being so amazingly written and working better together than I ever could have thought.  It exceeded my expectations by miles and can't think of a single reason why everyone shouldn't at least give this one a go.

Favourite:
Character: Chaol
Scene: Yulemas Ball
Quote: 'We all bear scars... mine just happen to be more visible than most.'
'You could rattle the stars'

Relate a:
Song: Gold- Imagine Dragons
Other Book: An Ember in the Ashes by Sabaa Tahir

Have you read this - what did you think?